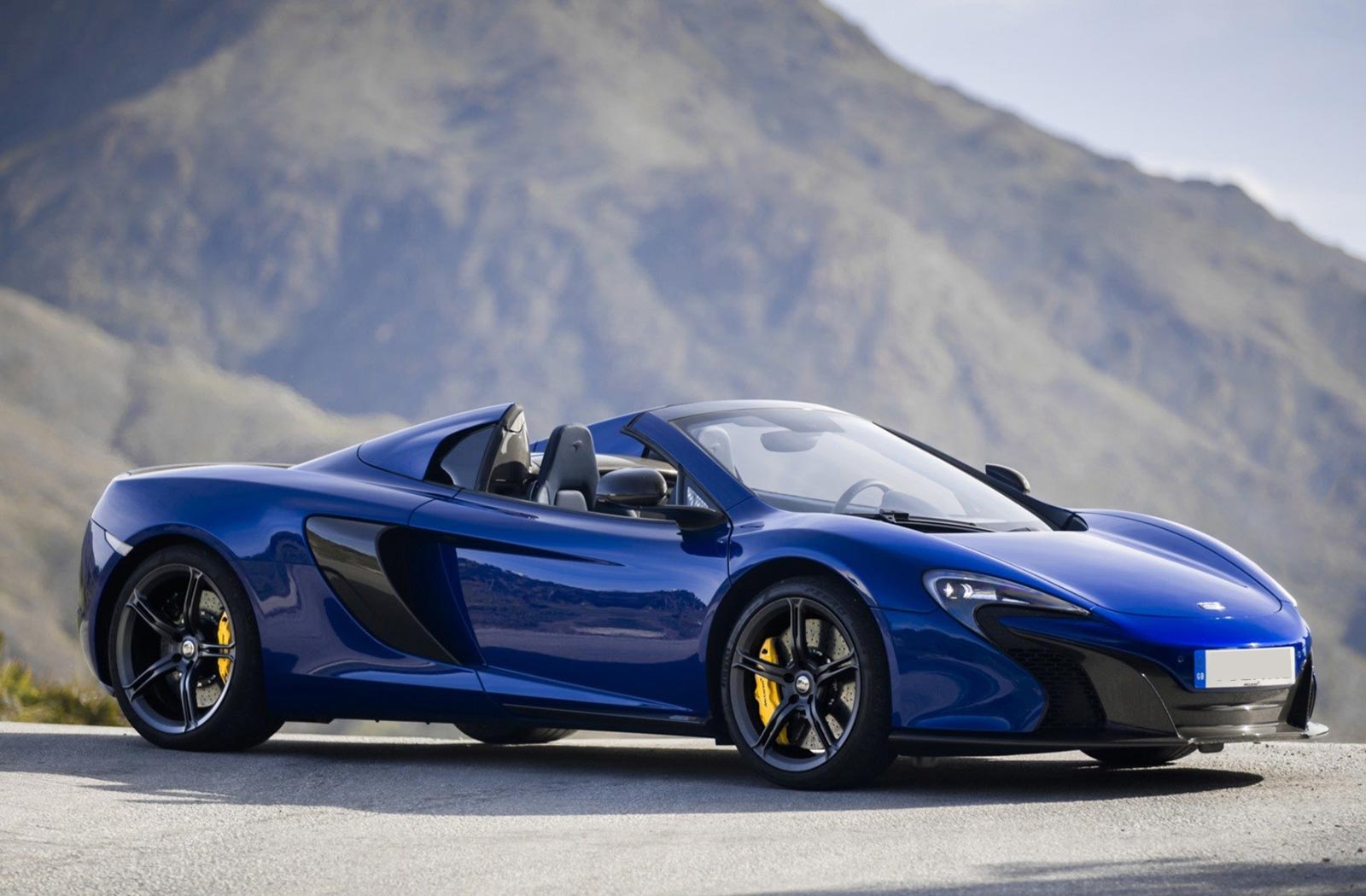 The McLaren 650S Spider competes with Porsche 911 in a versatile manner. The latter was supposed to invincible until today!

Rates with a chauffeur available on quote

Evolution for several reasons for the MP14-12C, the McLaren 650S Spider is quicker on the road and much more comfortable, with the best of equipments.

Visually speaking, the 650 S Spider does have an honored look. Its LED lights sign the logo of the automobile manufacturer, with lights. The GT3 diffuser behind the car is just magnificent, the same as the lateral air inlets, redone for this unique model.

A reflection of its optimized shock absorbers and its unprecedented springs, the McLaren 650S Spider includes 25% of its new components.

The 650S Spider also stands out, due to its greater velocity during bends, all the while proving to have better driving stability.

This jewel of a McLaren is more than energetic, in every way.